Both in the countryside and urban environment foxes are becoming more and more of a nuisance to the general public.  The fox's antics range from bin raiding and spreading garbage everywhere to killing pet rabbits, chickens and other fowl, pet guinea pigs and small kittens to digging flower beds and soiling with faeces and urine public and private play areas.  As you may have read in the press there are now incidences of foxes even attacking small children. 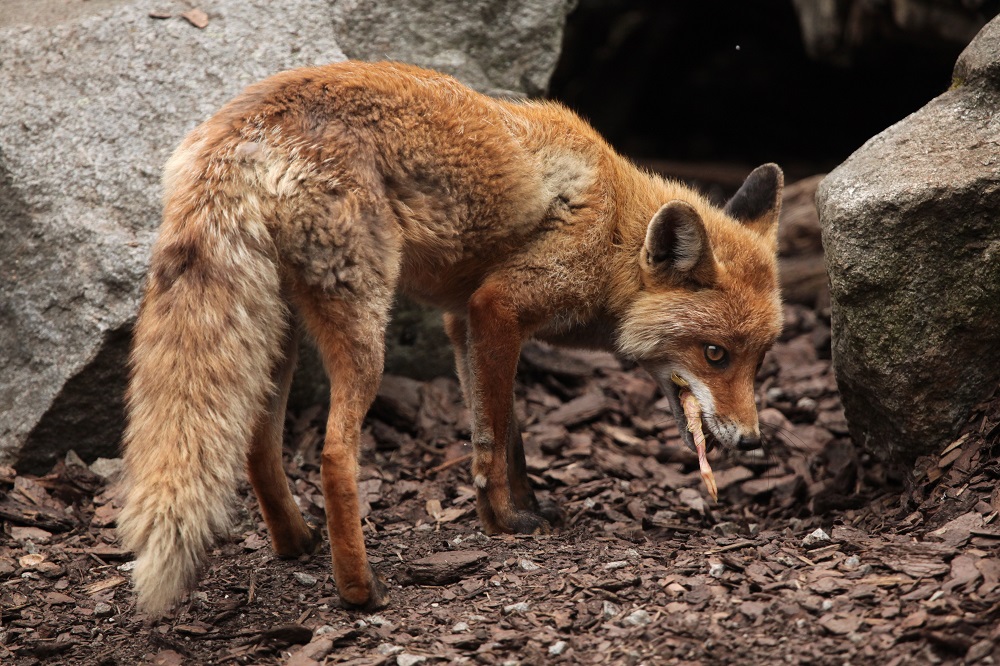 The Fox is no longer just a pretty picture on a Christmas card  it has become a real life pest for many of us.

They carry heavy flea infestations to which cats and dogs particularly are susceptible. They are also carriers of worms,  mange and sometimes even distemper; with no natural predator it is up to man to manage and control their population. As fox populations increase natural sources of food become scarce – foxes get around this by raiding garbage bins and even entering houses to reach dog and cat food left out for your pet.

Please remember the fox is a wild animal and not a garden pet.

Registered With The Police

We are a registered company with the Police we are insured and our officers are all experienced firearms handlers and  hold all the qualifications required for using a rifle in towns and cities.  Urban foxes are no longer released into the countryside once captured as they would not be able to survive alongside their country relatives in the fight for food and would only starve to death - a long lingering death.

All foxes caught by us are now dispatched on site or removed to a safe site to be dispatched. There is now no provision for relocation for the urban fox within the Animal Welfare Act 2006

All our method's of control are DEFRA approved and are governed by the Wildlife Act 1971.

One last thought -  the badger is now becoming a problem in the city, we quite often catch one when after foxes.  The badgers are all released unharmed where they are caught.

PLEASE BE AWARE WE CHARGE PER VISIT. IF WE HAVE TO RETURN WE WILL CHARGE £125.00 PER VISIT  AFTER FIRST VISIT .